Back in February, an eBay auction of pop memorabilia from some of Britain’s biggest acts raised around £50,000 ($80,000) for survivors of the Haiti earthquake, organizers Oxfam said. Among the top lots sold was Chris Martin’s “Viva La Vida” tour jacket, which fetched £9,600.

Meanwhile, for Roadie #42, the Beehive was really beginning to feel like home. The builders’ dust had settled, the smell of paint has faded and they’d established little workspaces, spreading instruments, equipment and tea cups around the place in equal measure.

The future of EMI, the British record label behind Coldplay, Robbie Williams, Madonna and Lily Allen, was plunged into doubt in February when it admitted to making massive losses. The 113-year-old company slumped to a pre-tax loss of £1.75 billion in the last financial year and was struggling to repay bank loans. Its private equity owner, Terra Firma, had been forced to demand extra money, at least £105 million, from its investors to meet terms of the deal set by lender Citicorp. If it failed to, the US bank could seize control of EMI. 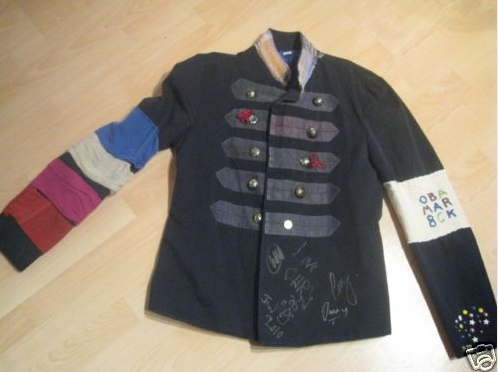