The past 24 hours have been exuberant for many Coldplayers, as news broke of Chris Martin performing at a Cafe/Bar in New Delhi, India! Not only did footage of the intimate solo performance appear online but rumours of Coldplay appearing in India for the first time, were rife. It’s believed that the British band could choose the Indian capital as a venue for their next tour. Here’s a summary of everything we know, in a nutshell:

This was the press release, which explained the nature of Mr Martin’s visit to India: 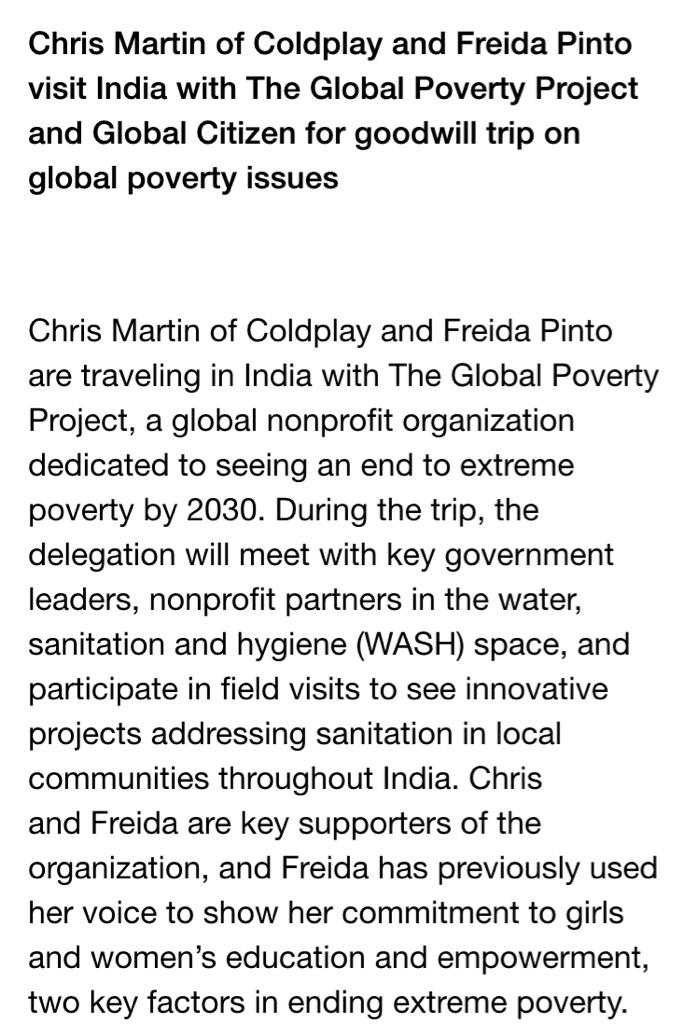 The inspirational singer visited schools during his trip (so far), including this lovely group of children, which he sung and danced with! Courtesy of Oxfam India:

Onto the shock performance, which left Indian fans completely bewildered in the Summerhouse Cafe. As mentioned, ‘Viva La Vida’, ‘Fix You’ & ‘Paradise’ were the trio of songs played inside the intimate room. Video company, ‘a little anarky’ filmed the 10 minute performance. Here’s the final edit for your pleasure, on Youtube:

First ever Coldplay concert in India?

Chris Martin announced, at the start of his surprise performance in New Delhi that it’s the first time a Coldplay song has been played live in India but will he introduce the whole band to India in the near future? Coldplay’s ambition to perform in unchartered territories across the world makes India a likely place for Coldplay to visit for their upcoming tour.

We received multiple sources, from the Summerhouse Cafe, which state Coldplay will perform in India, at the end of the year but there is no confirmation. We believe the NH7 festival in New Dheli is their most likely destination, should a concert materialize and the hosts of the Summerhouse Cafe ‘spur of the moment’ show, are the organisers of the festival. In addition, it was reported by @alittleanarky that Chris was ‘scouting’ for a future Coldplay show but that statement was later retracted.

We’ll only know of a Coldplay concert in India for sure when the band announce future tour dates. The other country which is likely to host the British four piece is Brazil. Rumours are flying in left, right and center. The one concrete source comes from the president of the Gremio arena in Porto Algere. In an interview with the man in question, Eduardo Peña, he said they ‘are in advanced negotiations with Coldplay’. Click here to view all of the current rumours.

View a compilation of popular pics from Chris’ latest charity efforts and the ‘mini’ show, below:

Read about the events, as they happened & discussion

A huge thanks to everyone who posted the above on the forums and on Twitter!

We’ll be posting more reactions soon, including a chat we’ve been having with a film maker, who was privileged enough to be at the Summerhouse Cafe, while Chris jammed.