“The creative boss” and “the most important” member of Coldplay, to quote Chris Martin. He’s the man behind the scenes, who is instrumental to the band’s success. We’ve been chatting to Phil Harvey about his personal upbringing, the inner workings of the band, what the story is with Glastonbury and more.

Coldplay are currently working on their new album, A Head Full Of Dreams and are not revealing much at this moment about the record but we are sure it will be worth the wait! 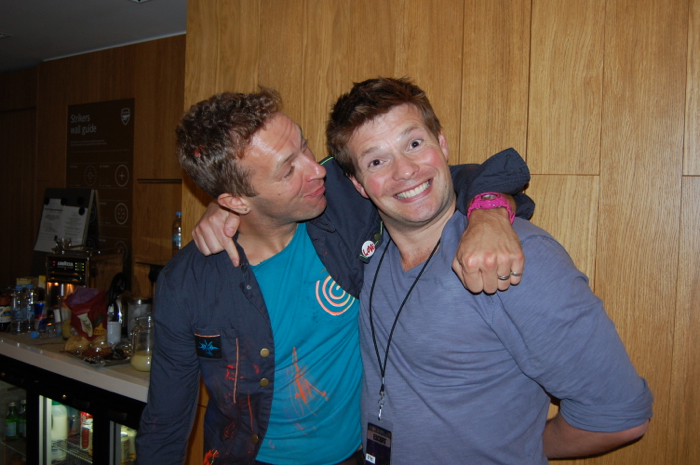 Thank you for your time to chat with Coldplaying Phil. We would like to know firstly, where did you grow up? And who was your childhood hero?

I grew up in Devon – about 30 minutes from Chris’ parents’ house. We went to the same school.

My early childhood heroes were Phil Collins and Richard Hadlee (the New Zealand cricketer). At a certain point in my teenage years I had to make a choice between cricket and music… and music won.

What if you had to pick one song that defines the band? Or if they could only play one song out of their catalog what would it be?

I think it would have to be Clocks. To this day, I still don’t really understand where that song came from and how the band managed to record it so quickly (a few days before we had to deliver AROBTTH to the record company).

What kind of music that influence the band most of the time and why?

In the early years there were certain bands who had a massive influence on the band’s sound: U2, Radiohead, Echo and the Bunnymen, REM, The Flaming Lips, etc, etc. As time has go on, I think the band have become more catholic in their tastes. They will literally listen to – and draw influence from – anything.

If you or anyone of the band (if you are willing to ask them) were a great artist and had the skills to make a painting of whatever they wanted, what would it be?

I would do a painting of my wife and our two boys (probably with Ajax, our cocker spaniel, as well).

Do you or anyone of the band has a favourite ambient genre artist/song (or something in that direction) and who/what is it?

It has to be the godfather of ambient… Brian Eno. Is there any possibility that Coldplay will be playing at Glastonbury anytime soon?

We would love to play Glastonbury again…it’s the best festival in the world.. but there’s a lot of competition for headline slots so we’ll just have to wait and see if we get asked…

There is a campaign for Chris to be honored by his home city of Exeter. A lot of the newspapers came out with a story saying Chris had refused it. What is the latest news regarding this?

Chris was bowled over by this incredible honor from his hometown. He didn’t refuse it, but he asked if the City would allow him to do ‘something significant for Exeter’ before he accepted the award. He feels that he hasn’t quite earned it yet.

Question about Chris. Does he undergo a special fitness routine prior to or during a large Coldplay tour?

Chris always trains pretty hard but he definitely ramps it up in preparation for a tour. He’s the fittest person I know. Are Coldplay planning on playing in countries they have never been to before?

What is your favorite concert venue?

What would say is your biggest achievement in your music career so far?

Staying close friends with Chris, Guy, Will and Jonny. 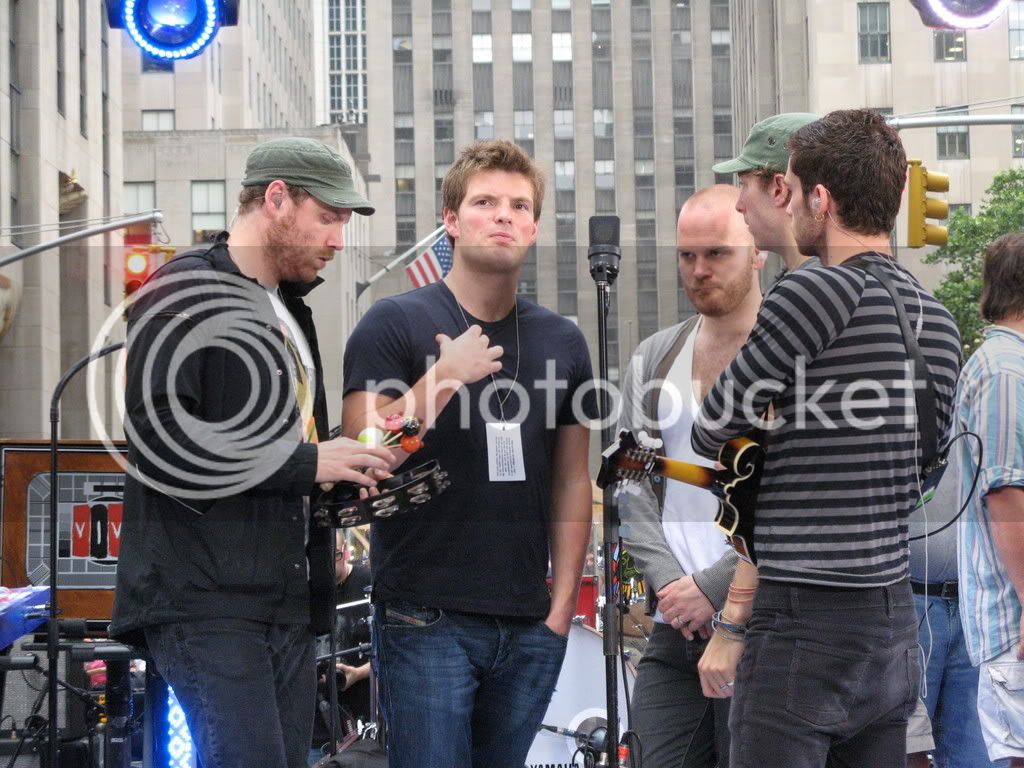 The guys said in an interview recently that the record deal was coming to an end, will they be creating their own label?

I don’t think so. It sounds like a lot of work!

Thank you very much Phil for taking an opportunity to interview with us, we can’t wait to see what the band have in store for Coldplayers because you guys have the best fans in the world.

We have set up a suggestion thread on our forums, where you can voice your opinion on where Coldplay should play for their next world tour!

Blog: It’s very nearly the end of this round of shows - the penultimate gig for this album. It’s also the ‘big LA show’. So by rights, today should either be enormously emotional, or massively stressful. Oddly, it’s neither - & I cannot put my finger on… https://t.co/c9EVRcRUSF

We stand with @innocence in seeking the truth. #LedellLee https://t.co/JxxEq55utD