Who sings the 3rd verse in The Goldrush? 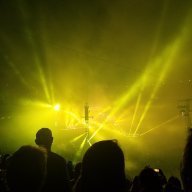 So did we finally solve the mystery? Also congrats @M Marks The Spot!

I'm so excited they're talking about this song recently. Here's hoping they'll think about adding it to a live song set-list.❤️

Yesss, I love this song. It's really great, they should play it on a B or C stage one day at least!