Anyone else a little disappointed with Charlie Brown? 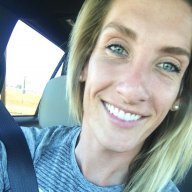