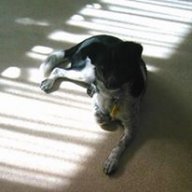 By Cascading Waterfall, March 8, 2014 in How We See The World