I'm just hoping there's some sort of resemblance to the X&Y sound in LP9. Moving To Mars is a great example of a non-Oldplay song that's like that. It reminds me of What If. But I also want someth

Welcome back ! Ownership is still the same (Stephen), but the forum did a major upgrade that allows better social media integration and is now also for the first time ever entirely self-hosted  I 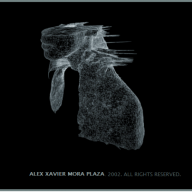 After AHFOD nothing surprises me with them anymore. They weren’t even confident enough to tour on EL and that says a lot about them now. It’s more about staying relevant and packing out the stadiums a