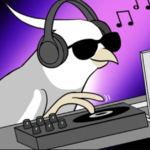 By para-para-parrotdies,
December 19, 2015 in The World Of Music