So April 4 and April 24 have flown by, getting rid of FFTF2024 theories for now. Our next notable date will be May 11, per the TiT video, but that could also be flipped to be Nov. 5, which is feeling 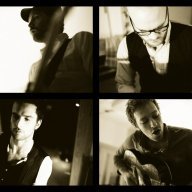 I love seeing this thread comes back to live again. Let’s go people there’s a new album we have to make new theories about.

I feel the same way!!! You gotta love the time leading up to a new LP!