I've noticed a lot of people wondering about how to get this sound without actually having the MP9000. As there are ways using the EX Samples from Kawai they don't sound too good and not close enough. 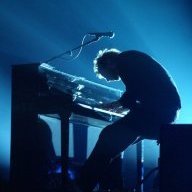 I hope that everyone don't forget to create their own music and find their own unique sound to ;)

No more Vst in use,  For those who wanna know the sounds of vst visit Xloy Dom in Youtube