ELIMINATION GAME OF A LOT OF COLDPLAY SONGS (ROUND 2) 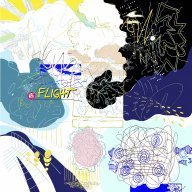