War of the Coldplay videos 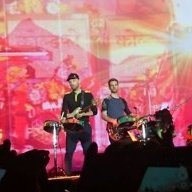