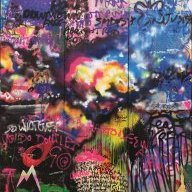 Why did Chris Martin attack this guy?