Least favourite song from each album? 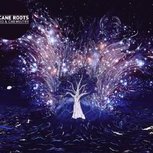