By Doomotron,
February 9, 2021 in Music of the Spheres 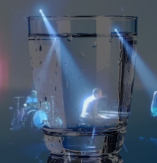 Well, time to update this I guess... CONFIRMED SONGS: Higher Power Human Heart POSSIBLE INCLUSIONS: The Race (rumored to be on the album) Untitled (That song played on th

Personally I don't mind it. They've done this before with Til Kingdom Come (+), Colour Spectrum, and BrokEn. - at least it looks more mysterious than cringe/pandering. But, it does make tracklist