Track 07 - People of the Pride | Music of the Spheres | Music Video Out Now! 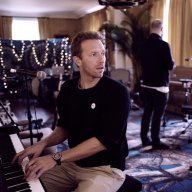